How to Save the World from 1M Tons of Herbicides

Killing weeds might be the most wasteful human activity ever. Why is it hard not to waste herbicides and what can we do about it? (And yes, there is AI involved.) 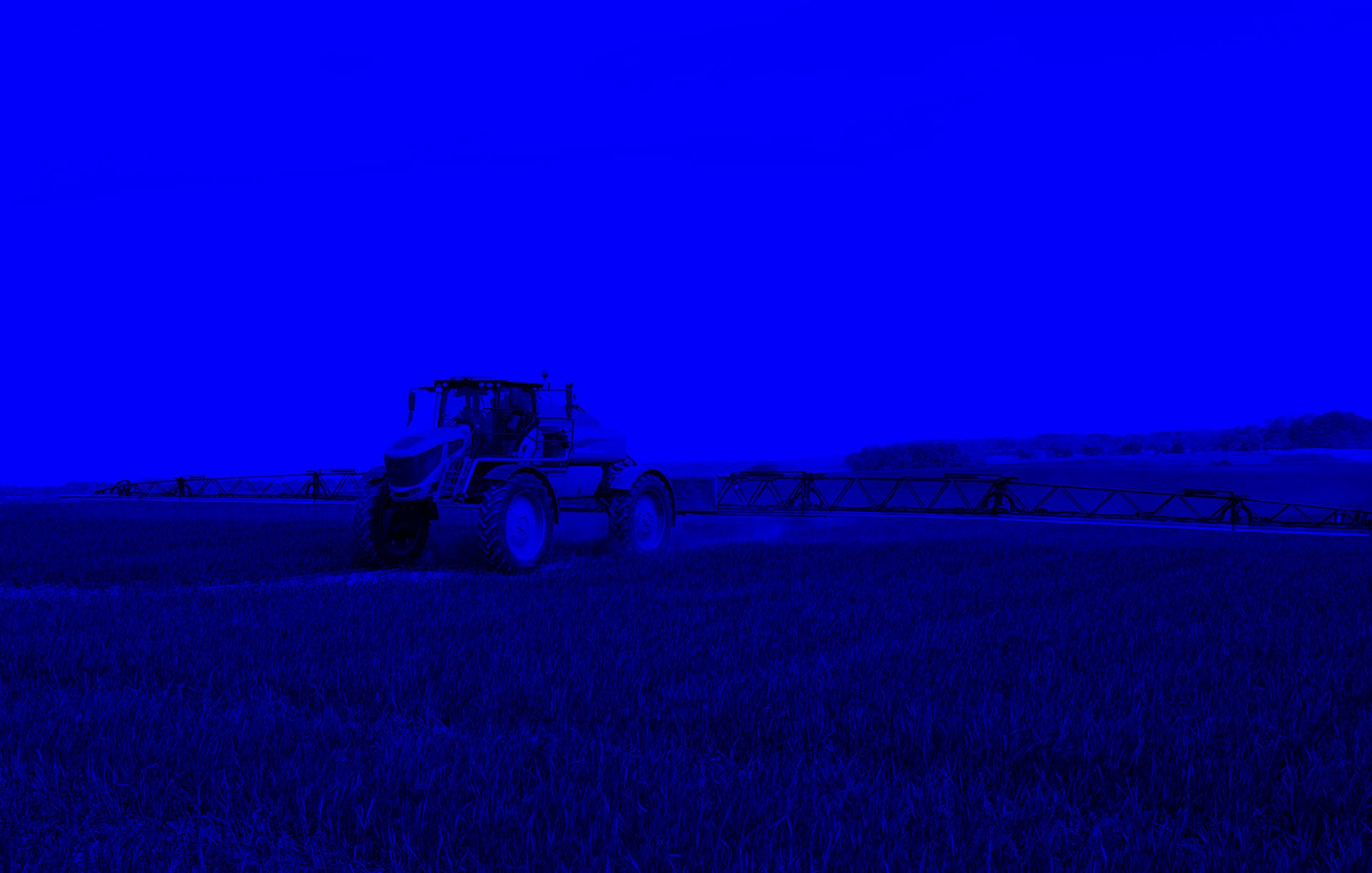 What can farmers learn from advertising?

Back in the old TV days, advertisers used to pay big money for slots in prime time shows that everyone watched. Tennis rackets, car insurance, light beer - whatever your product was, you would show it to the entire population and someone would be sure to buy. Then came the Internet and the “spray and pray” strategy basically became a joke. Agriculture today is exactly at that point: with new technology, the old methods are becoming an expensive, and potentially dangerous, joke.

It might come as a surprise to you, but 90% of all herbicides are wasted globally. That’s over 1 million tons, or $30 billion, thrown out of the window every single year. Not to mention the effects of these chemicals on the environment and health.

I was shocked to learn that herbicide spraying in the 2020s is done using the exact “spray and pray” strategy advertisers have been laughing at for at least a decade. No matter how many weeds there are, or where they are, or if they’re even present at all, farmers simply have to spray the entire field, just in case. 90% of herbicides never hit a weed plant.

Now, wait a second. We have self-driving cars. Every kid flies a $50 quadcopter with a camera on it. And we have a picture of every dusty corner of the planet on Google Maps, don’t we? How come we’re still spraying fields in such a dumb way? Why don’t we target spraying like we target Facebook ads?

No, agent, we’re not going to see it from space

After almost a year of working on a solution with the fantastic group of agriculture experts at SAM-DIMENSION (headquartered in Stuttgart, Germany), I feel qualified enough to say that things are not that easy. Not a surprise, I suppose!

In order to solve this problem, the first thing you need to know is where the weeds are. And weeds are tiny, with seedlings being only a couple of millimeters tall. Even if you’re CIA, you probably don’t have satellites capable of seeing seedlings from orbit. Not only do you need a superb resolution, but your cameras also need to be reasonably close to the ground.

That practically leaves you with two options: to mount the cameras onto something farmers already drive in the field (like a tractor), or to fly a camera-equipped drone that can spot the little plants from a reasonable distance.

There are legitimate reasons for mounting cameras directly onto a herbicide sprayer, and there are companies about to offer such sprayers, but we believe that the future lies elsewhere. Why would you buy another expensive piece of machinery that can be only used for herbicide spraying when they can own a drone that can be used in so many other ways - biomass measurements, irrigation mapping, or insurance claims? Also, you don’t need to throw away your current sprayer - the drone doesn’t replace it but rather complements it. Drones simply have a much larger potential for adoption.

You might ask: do we still need to keep an actual sprayer? Why wouldn’t a drone do the spraying itself? Mainly for two reasons: first, modern sprayers have many independent nozzles that can cover a large area very quickly. Second, there’s a lot of herbicide to spray. So unless your farm features a heliport, you might not want to fly tanks like this: 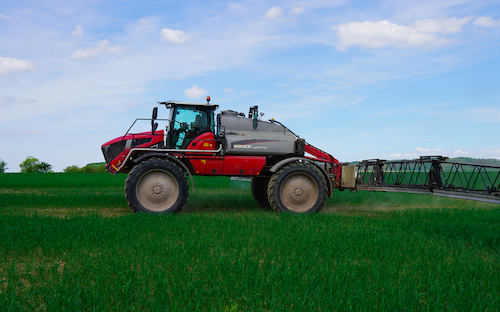 Obviously, there are all kinds of challenges when you choose drones for field mapping:

And then there’s the whole AI part, of course...

Granted, we have amazing AI models for finding objects in pictures, but weeds are a whole different ball game. You can try it yourself: how many plants do you see in this picture? 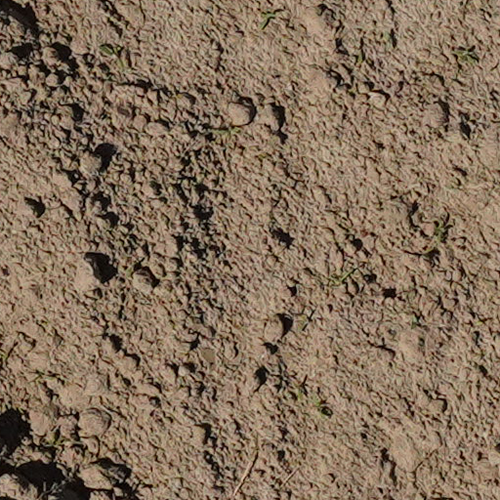 The correct answer is: at least 21. Not many people without superpowers can count that many.

And this is what a trained human annotator sees: 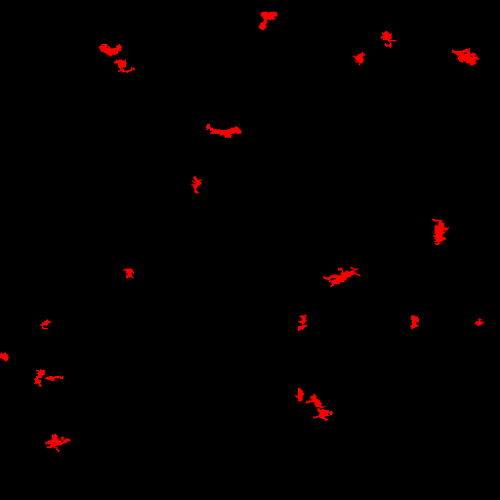 You can see from the image that not only are the weeds tiny, but they’re also a bit blurred (remember, the drone has to move fast), they are often covered by mud or other plants, some of them might look similar to the “good” crop plants, some of them are half-dead from previous treatments and therefore not really green, and last but not least, one species can be a valuable crop on one field but considered a weed on another.

Weed identification is a kind of machine learning task where recall (avoiding false negatives) is slightly more important than precision (avoiding false positives). Farmers can afford to spray some areas where the weeds are not located, but they can’t afford to miss the areas where the weeds are located, otherwise their field would end up looking like a rainforest. And keep in mind, the bar for recall is already quite high in the agricultural industry: the usual “dumb” method of spraying the entire field has a consistent recall of 100%, and therefore exactly zero false negatives. Yet you still need a very high precision because that’s where the money is.

The good news is that we have either solved, or are extremely close to solving, all of the above problems. 2021 is going to be the pilot season for SAM-DIMENSION technology, co-developed by Bohemian AI. A technology that will, once and for all, end the tremendous waste of herbicides, save farmers billions of dollars, and hopefully inspire a whole new ecosystem of UAV-enabled farming applications.

We’re literally testing around the globe - with pilot farms in the EU and Australia - so stay tuned as there’s plenty of news to come later this year!

While the world is coming to terms with dealing with the pandemic, governments and organizations around the globe are pushing the limits of AI to fight the outbreak.