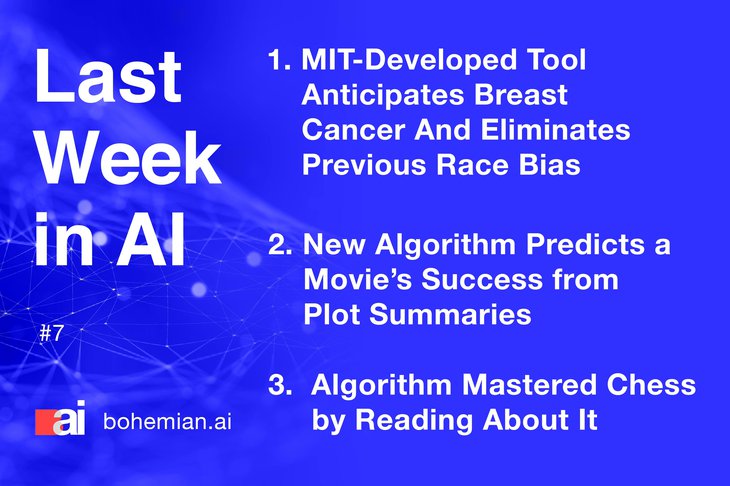 A new AI tool from MIT is able to detect breast cancer in patients up to five years early and is equally accurate for both black and white women, something which was problematic before since the data used to train the model was not representative of minorities.

Using sentiment analysis methods, a new algorithm was able to predict whether a movie would fly with critics or not. The frequency with which sentiments changed in a movie proved to be a good indicator for how well it would be received and once the model is better refined, it could predict a movie’s performance even before it’s filmed.

Algorithm Mastered Chess by Reading About It

A chess algorithm called sentiMATE learned to play chess by evaluating the quality of chess moves based on the reaction of expert commentators. It analysed the language used, ignoring the parts which didn’t relate to high-quality moves.