OpenAI gets massive investment, AI can tell whether text was written by another AI and more... 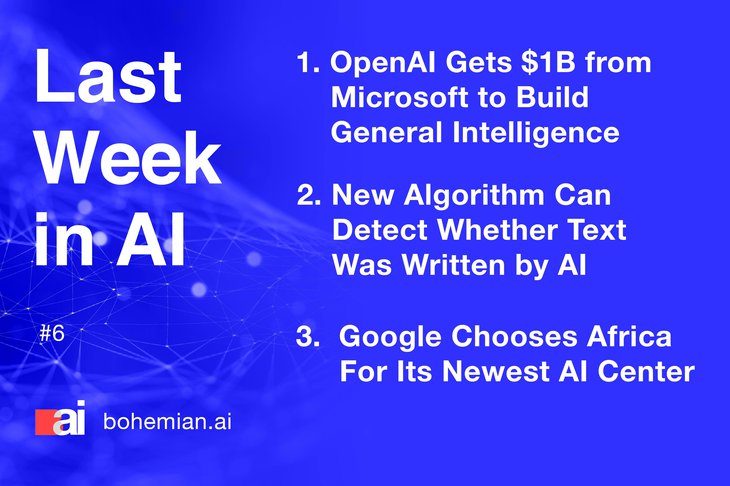 OpenAI Gets $1B from Microsoft To Build General Intelligence

Microsoft has recently pledged to invest $1 billion into OpenAI, a company founded by Silicon Valley’s elite and whose main objective is to “to ensure that artificial general intelligence benefits all of humanity.”

New Algorithm Can Detect Whether Text Was Written By AI

Text generation algorithms have become increasingly sophisticated and are now convincing enough to fool humans, which makes spotting fake text harder. However, a new tool developed by researchers from Harvard and MIT is capable of spotting text which was generated by an algorithm.

Ghana’s capital Accra has been chosen by Google to be the home of its most recent Artificial Intelligence center. A first of its kind in Africa, it will “collaborate with local universities and research centers, as well as working with policy makers on the potential uses of AI in Africa.”