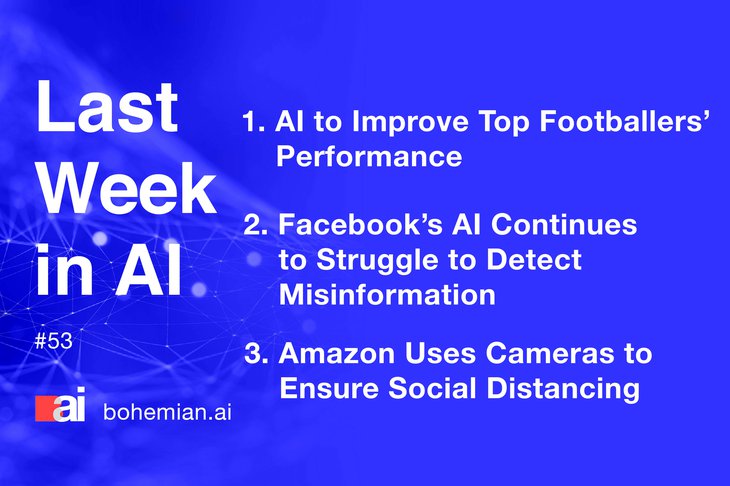 Acronis, a company that provides data storage services, back-up and cyberprotection to businesses in over 150 countries, has recently landed contracts with top football clubs in Europe. Initially, the contracts were merely for storing footage from football matches but they soon realized that, with proper interpretation, that data could be used to improve a team’s performance. Although the company doesn’t disclose which teams or how they’re using the technology, Acronis proves to be the next in a series of companies aiming to revolutionize football through AI.

It has been reported that Facebook’s AI does a particularly good job at detecting nudity in its platform - of the almost 40 million pieces of nudity removed last year, 99.2% were removed automatically without any user having to report them. However, Facebook’s AI still struggles at detecting context, as was evidenced when a man in Australia tried to share the picture of an aboriginal man in chains, in order to raise awareness on the fact that Australia also had its share of slavery. Facebook flagged the picture as pornographic content and removed it from its platform. As The Guardian author claims, perhaps it is time to acknowledge that moderating misinformation is simply too big of a task for any one institution to handle.

Read more at: The Guardian

Amazon is launching cameras at its warehouses to ensure that workers are maintaining the proper social distancing measures in order to prevent contagion. Footage of workers will be shown on monitors that will flash red if it detects that workers are not keeping the minimum distance of 2m between each other. Amazon has been criticized for being too slow in adopting measures that protect workers from getting sick amid the current pandemic.