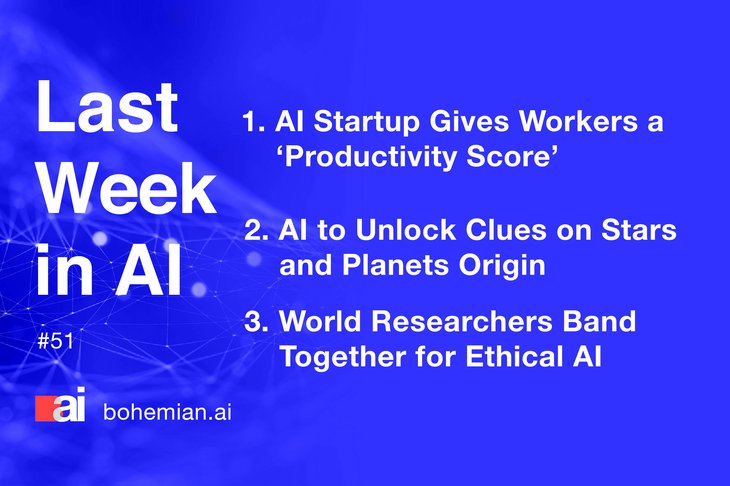 The covid pandemic forced much of the world to work from home and, albeit necessary, employers are increasingly worried about productivity. This has led to an increase in surveillance software that enables to track employees’ time and activities. Enaible is a company that’s taking things a step further, tracking employees’ time and activities but also using machine learning to analyze and suggest ways to speed up tasks. The software also gives employees a productivity score, which essentially tells employers which workers are worth retaining - and those who are not.

AI to Unlock Clues on Stars and Planets Origin

An AI system has been used to analyze data from the Gaia space telescope, discovering more than 2,000 protostars - young stars that are still forming and could hold clues on the formation of stars in the Milky Way. Before using the AI system, scientists had only been able to catalogue about 100 of such stars.

A research group consisting of top AI researchers around the globe have recently published a paper that calls for “cross-cultural cooperation” if AI is to benefit humanity as a whole. The paper is a reaction to the narratives that AI development is a race between the United States and China and that there are irresolvable differences between the priorities and values of these regions. The authors also claim that mistrust between different countries is the greatest barrier to AI development.