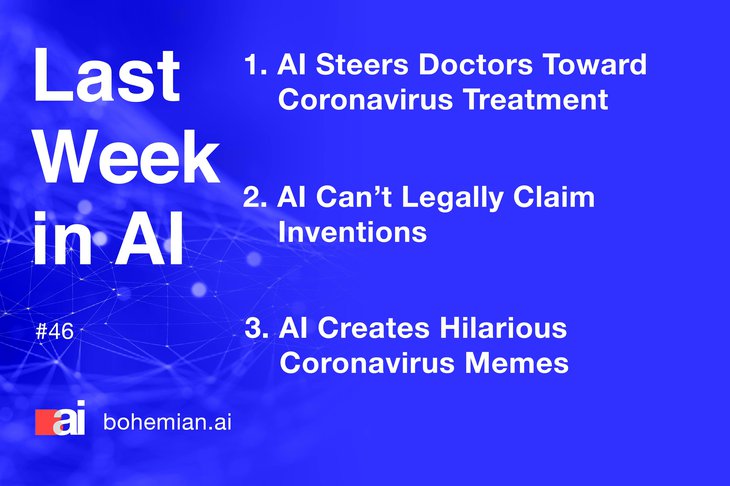 Specialists at BenevolentAI, a London-based startup, used AI to identify a medicine that is commonly used for the treatment of arthritis, and that could now be used for treating patients with coronavirus. Over two days, the company analyzed millions of scientific documents using “universal language models”. The drug will soon be tested in an accelerated clinical trial.

The US patent office issued a ruling that artificial intelligence cannot be credited with inventions in a patent. The decision came after an attempt for an AI system to obtain patents for a flashlight and a food container. Despite the ruling, supporters of AI claim that crediting systems as inventors would incentivize innovation as the value these machines add would be more clearly recognized.

Imgflip recently launched the “This Meme Does Not Exist” tool. While it may seem like your average meme assortment page, the memes are actually being created in real time by a neural network. The results are either confusing, plain weird or hilarious in a way that challenges human-created memes.