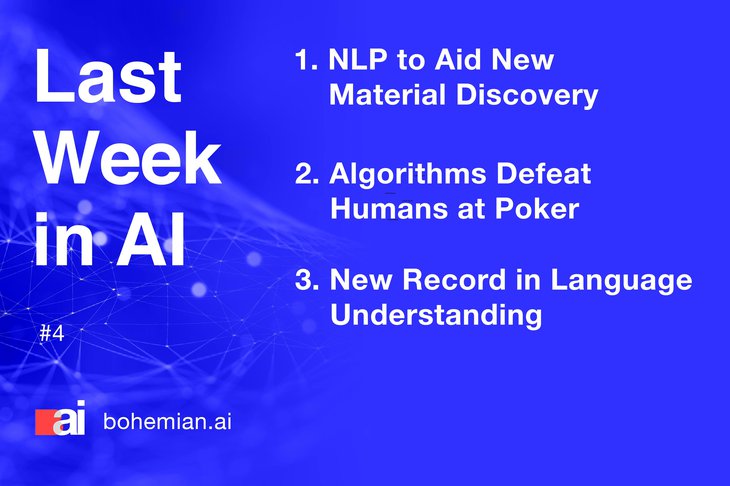 Analyzing millions of scientific documents on materials science published between 1922-2018 allowed for discovering relationships and analogies in the language which had previously been overlooked, this helped uncover certain properties in chemical compounds that will allow them to be studied under a different light.

Pluribus, an algorithm developed by researchers at Carnegie Mellon University, has managed to beat the best human poker players. The algorithm was trained by playing trillions of hands against itself and managed to learn the idiosyncratic nuances of poker in only 8 days.

An AI program developed by Alibaba was capable of obtaining a better score than humans in a reading comprehension test. This doesn’t mean, however, that the AI is capable of actually understanding the meaning of the text but is rather carrying out statistical pattern recognition.