AI insights for a fairer workspace, Google jumps into #quantum computing and more... 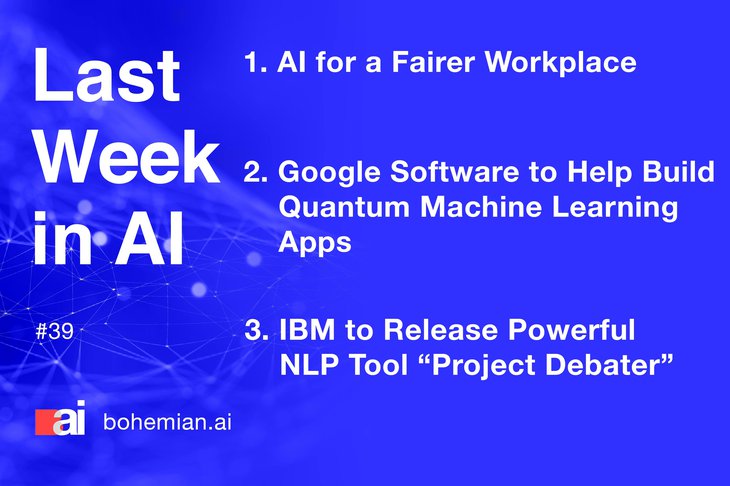 AI for a Fairer Workplace

California startup Humu Inc. is using AI to help ‘nudge’ workers into making better choices at the office which result in a fairer workspace for everyone. Humu’s engine measures their client’s employee satisfaction, company culture, etc. and sends personalized emails to employees suggesting small behavioral changes. The emails are coordinated so that the entire organization is gently guided toward the same goal.

Google is releasing TensorFlow Quantum, an open-source addition to its TensorFlow toolkit, helping developers build and test apps as quantum computing slowly makes its way into the mainstream.

IBM is set to release Project Debater, a technology that first made its debut debating a human opponent last year. The technology makes it easier for computers to understand human communication and interprets statements taking into consideration the context rather than its literal meaning.