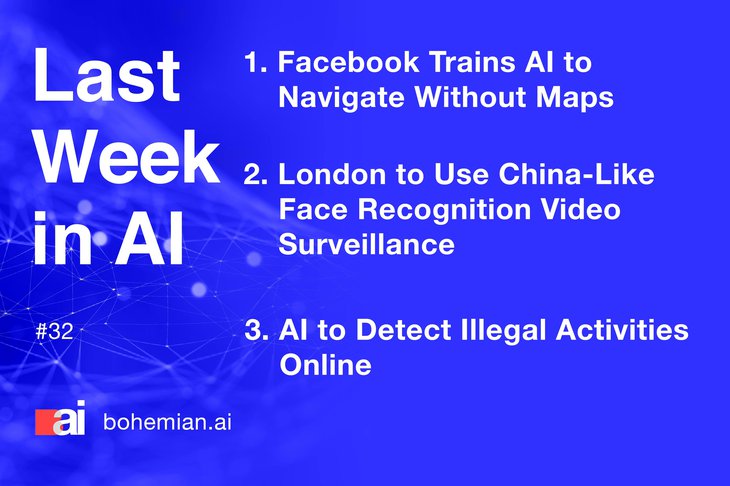 Snippet: Facebook has developed an algorithm that allows robots equipped with a depth-sensing camera, GPS and compass to find their way in unfamiliar environments. The robots were able to reach their destination 99.9% of the time, often using a route similar to the shortest possible path.

In a move that is drawing harsh criticism, London has announced it will begin using real-time facial recognition technology to catch criminals. The use of such technologies is seen as an invasion of privacy, especially given how unreliable the results can be. Such a level of surveillance is rarely seen outside of China.

The US government is investing in a system that would allow them to detect conversations about illegal opioid sales online as well as a myriad of other illegal transactions. Internet drug dealers constantly change their methods for selling online and the idea is to get an AI-based system to recognize what drug-selling content looks like so that it can automatically find new sale-related posts across the internet.