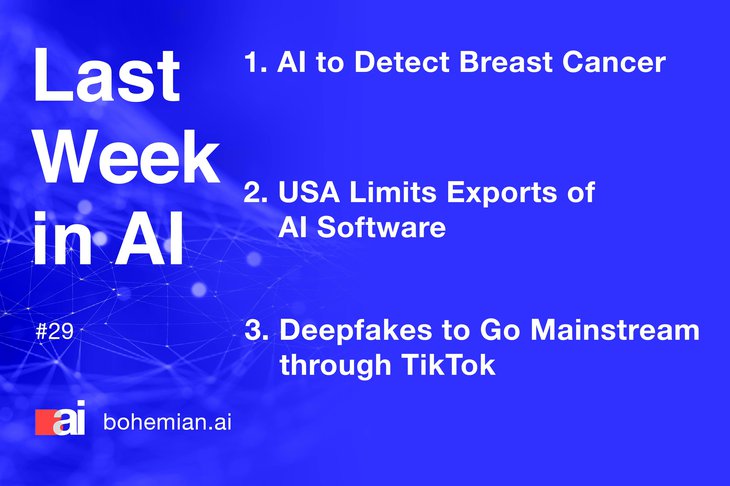 A novel system for detecting breast cancer, developed by researchers at Google’s health branch, was able to surpass radiologists at making a correct diagnosis under certain scenarios. The system produced a 9.4% reduction in false negatives and provided a lowering of 5.7% in false positives.

In an effort to keep rival powers like China or Russia from getting a hold on AI software, the United States has put forward measures that prevent sending certain information overseas. The rule applies for geospatial imagery and a license is required for sending such information abroad, with Canada being the sole exception.

Deepfakes to Go Mainstream through TikTok

Several reports claim that the popular video sharing app TikTok has buried some code that could be used for creating deepfake videos. Some argue that instead of spreading misinformation, the feature could be used to raise awareness for people not to believe everything they see online.