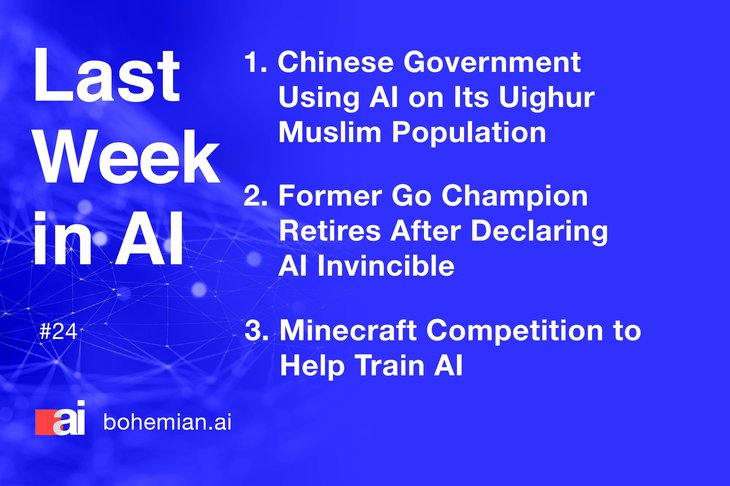 Chinese Government is Using AI on Its Uighur Muslim Population

A leak of highly classified Chinese government documents have revealed the ambition and scope in which it uses AI to target the Uighur Muslim population and send them to mass detention camps. The documents reveal how the system uses facial recognition cameras and monitors which apps people use to flag crimes and detain people.

Earlier this year, Google’s DeepMind was able to defeat the world’s Go champion, a feat that was thought to be impossible only a few years ago. Last week, former Go champion Lee Se-dol announced he would retire from the game claiming the AI system cannot possibly be defeated.

A competition has been started to help an AI system find a diamond in the popular Minecraft game. While the task sounds simple enough - it takes roughly 10 minutes for a 7-year-old to learn to do this - it is significantly more difficult for an AI to do the same. The contest is designed to spur advances in an approach called imitation learning. Competitors can take up to 4 days and no more than 4 million steps for their AIs to find the diamond.