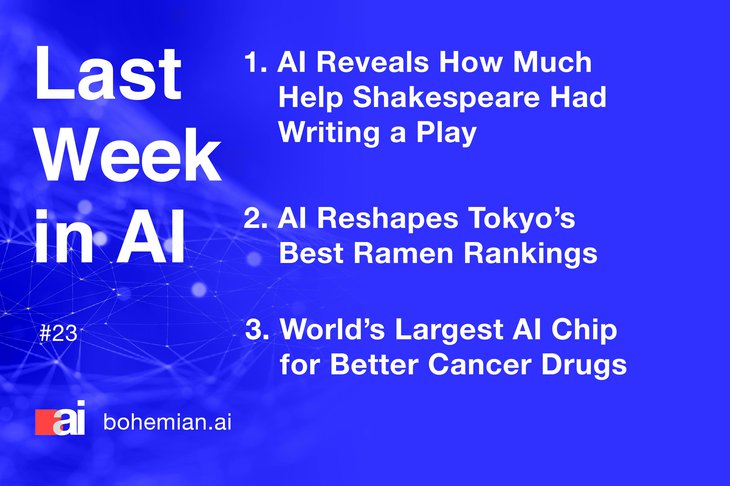 AI Reveals How Much Help Shakespeare Had Writing a Play

An analysis done through a new machine learning system helped determine which parts of the play Henry VIII were likely written by John Fletcher, Shakespeare’s long-suspected collaborator. The system analyzed the writing styles of texts written by both authors, determining that Fletcher wrote about half of the play.

Tokyo startup TDAI Lab developed a solution called Wise Review to determine which user reviews are the most trust-worthy and to leave out likely fake reviews. With the new AI-based ranking, one single ramen joint dropped 339 positions compared to the one from Google.

Drug discovery can be a monumental task as it’s estimated there are more possible molecule combinations than there are atoms in the solar system. With traditional hardware, the task is almost impossible but with a new computer made by startup Cerebras, which houses the largest chip in the world, the process can be sped up by orders of magnitude.