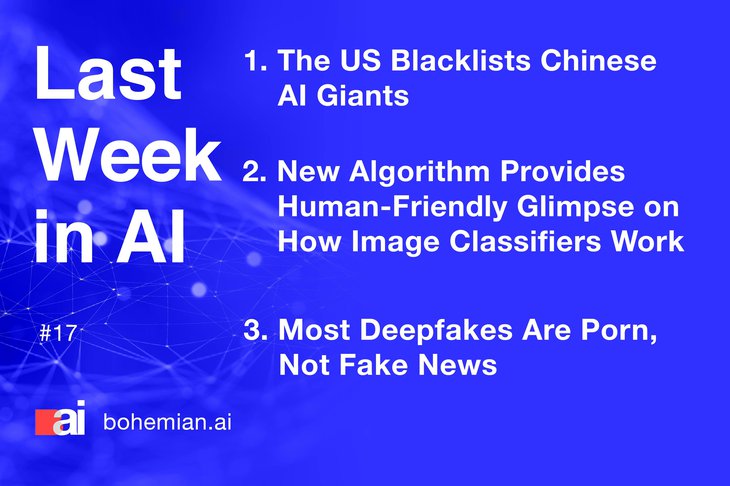 The US Blacklists Chinese AI Giants

Citing national security concerns, the US has recently added facial recognition startups SenseTime, Megvii and Yitu to its trade blacklist. These companies are some of the most valuable AI startups in the world and rely on US suppliers for chips and electronic components. China claims the move is ungrounded and has condemned the move by threatening retaliation.

In order for an image classifier to decide what the subjects in an image are, for example a car or a bus, it relies on making correlations and extracting certain features of the subjects in order to make a decision on what it ‘thinks’ that object is. The algorithm shows for instance, given a basketball scene, that an AI gives more weight to players’ jerseys instead of the balls themselves in order to decide that the subject of the image is, in fact, basketball.

Even though the conversation about Deepfakes has revolved around its implications for fake news, a new report has found that the primary target for this kind of technology -which refers to altered video depicting a fake situation- are overwhelmingly women and primarily for pornographic purposes.