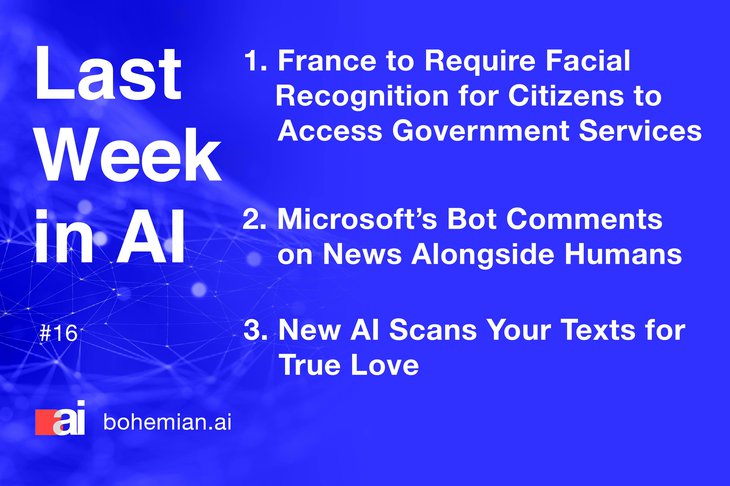 Citizens of France will be required to have a digital ID in order to access government services. The plan, called Alicem, is an effort to make the state more efficient and will work by comparing the user’s passport photo with a selfie.

In an effort to encourage human engagement on online content, researchers at Microsoft have created a bot which posts comments on articles. The system has raised ethical concerns amid worries that such systems could be used for political propaganda.

A new AI-powered app called Mei is on a mission to help you find out whether that person you’ve been talking to is interested in you. The app scans text conversations and analyzes the messages in order to determine on a scale from 0 to 100, how likely is that a person is romantically interested in you.