AI reads your privacy policies so you don't have to, AI is used to interview job candidates and more... 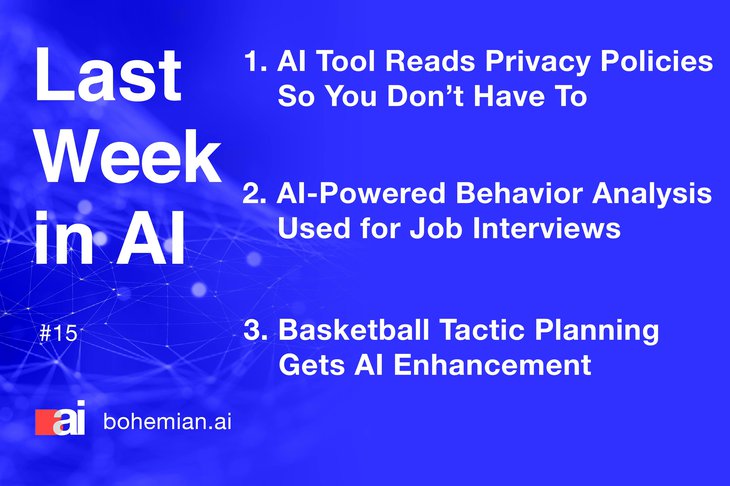 AI Tool Reads Privacy Policies So You Don’t Have To

After signing up to a new digital service or downloading an app, we’ve all probably been guilty of clicking on the “I Agree” button to the terms and conditions without actually having read them, ignoring whether there might be anything of concern in them. A new AI tool called Guard analyzes the text of these policies and notifies users whether there’s something risky to a user’s privacy.

For the first time in the UK, Artificial Intelligence is being used during job interviews to assess a candidate’s performance. The system records the facial expressions and tone of voice of applicants and compares them against those of people who have gone on to be good at their jobs. Some experts are concerned this might generate an unfair bias and leave out people who would have been great for the job.

A new AI system has been trained to show coaches how players might react to certain tactics. Designed as an enhancement to the usual tactic boards, the system is meant to help coaches plan countertactics by simulating possible moves. Although it has shown good potential, the system still needs refining before it can be used reliably.