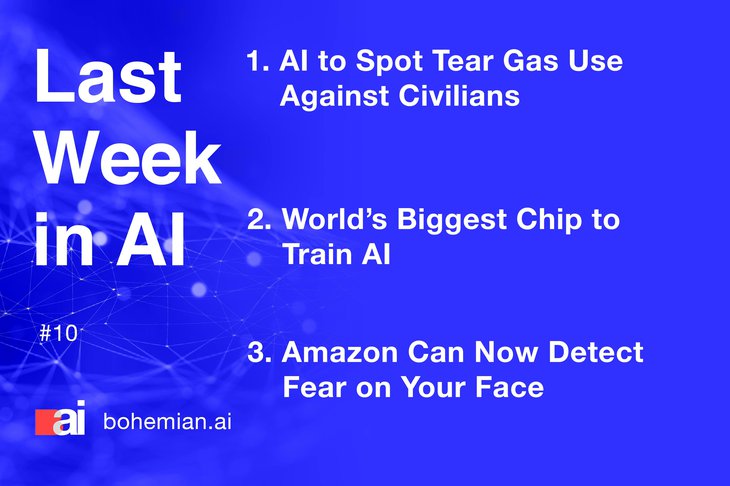 AI to Spot Tear Gas Use Against Civilians

Oscar-winning filmmakers with the help of an AI algorithm have compiled a ten-minute video of tear gas canisters used against civilians at the US-Mexico border and Palestine. The authors hope that it can be used to further help tracking where tear gas is being launched.

Amazon Can Now Detect Fear on Your Face

As part of its facial recognition services, Amazon is now claiming it can detect when the facial expressions of a person are consistent with those associated with fear. Amazon has recently been at the center of controversy for its image recognition system, which had trouble correctly identifying gender and labeled members of congress as criminals.